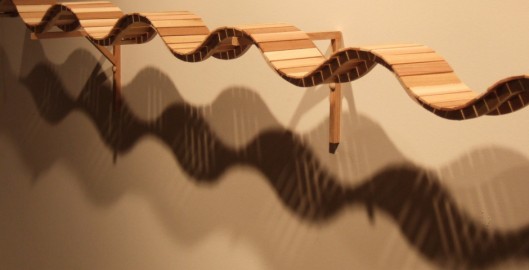 While coding an AS3 Guitar Tuner app I came upon the very efficient Java 5Ktuner on Psychic Origami. Java to Flash conversion proved to be easy. The Flash AS3 app version works great – thanks to the low overhead of the autocorrelation function used for measuring pitch. Live demo after the break!

Quoted from Psychic Origami: “The app is more or less non-interactive. It simply starts up tries to work out what note is being played. It shows a simple slider that moves according to what note is being played and indicates how close to that note you are. In addition the raw frequency (in hz) is shown, as well a chart that shows the autocorrelation function of the input sound. A red line is drawn on this chart when a “valid” note is heard and indicates the wavelength of the overall frequency.”